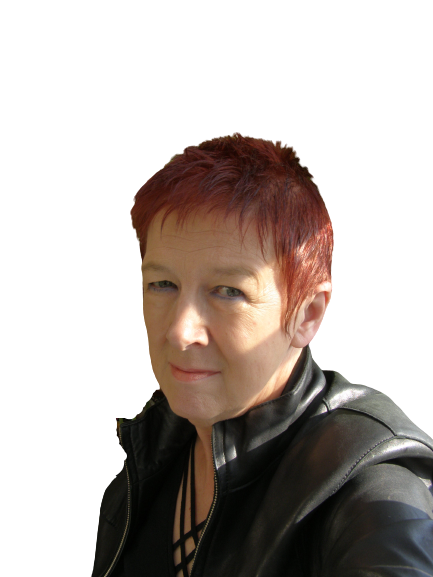 Barbara’s life to date is the key to her success in her present role as consultant and communicator. Her early years are a text-book example of social mobility – that desirable phenomenon which New Labour in Britain systematically destroyed. “God gave me a brain and my duty was to develop it to the full”. She believes that this was made possible because of the grammar school system that existed in the 50’s – the social integration that was part of the rich and the poor mixing together by virtue of having similar academic ability -and the provision by the then government of grants, not loans, for further education that enabled the funding of her B.Sc. Degree. University College London provided every mental and social stimulus that a working class country girl with a brain could possibly embrace. Here she expanded her interests in current affairs, art and music, and developed a fiercely analytical and logical scientific discipline which has continued to serve her well.

Moving into the scientific research and education arena, she might well have followed the course of many of her then colleagues into University Teaching, but for the fact that at the age of 23 she was offered tenure as a Lecturer at Queen Elizabeth College London, and spotted in the small print ‘You will normally retire at the age of 65 (if a man) and 60 (if a woman).’ That was a ‘Eureka moment’. She could simply not envisage almost 40 years of her future in the same place doing the same thing. She resigned, got a grant from the Wellcome Foundation to finish her Ph.D. Thesis and wrote to Professor Russell Barnett at Yale University Medical School requesting a post-doctoral position. She was also married – to Jim Page-Roberts, twice her age, someone who trained in the RAF, who had been invalided out due to TB, was a very social individual with a wonderful mother and extended family, and an accomplished artist. With baby Rob just two weeks old, the family set off for New Haven and Barbara joined one of the most acclaimed cell biology faculties in the US, where for two years she carried out successful research on the development of the lung, with enormous relevance to the birth prospects of premature babies.

Returning to UK in 1972 she joined a hospital-based team working on the application of cell biological methods to advances in medical technology – initially applying image analysis techniques in the development of an automated cervical cancer screening machine, and subsequently joining Cambridge Instruments developing a fully automated blood screening system. Peter had been born in 1973 and the family lived in a large farmhouse in Cambridgeshire where Jim painted and sculpted huge wooden sculptures, and gardened and looked after the family. They were very happy, and Barbara looked forward to a long and satisfying career in applied scientific research.

But unfortunately the company got into financial difficulties and the government would not fund 100% of the research, so, as Head of the Bio-Lab and a complete novice in business affairs, she was asked to go out into the world and seek investment partners. This took her into close contact with the marketing departments of the top UK and US companies in the field of automated analysis for medical technology, and she learned rather quickly that due to poor marketing knowledge her company was now building a white elephant – the market had moved on from multi-test analysis to small modular machines and beyond. And her love of marketing and the challenges presented by the fluidity of markets was born.

After a quick general management course to learn the ‘jargon’ of business, she set up as a consultant in order to create instant ‘experience’ in as many firms as possible, and due to having excellent connections she secured market-oriented jobs with some of the bigger medical companies in UK, including Vickers Medical in 1979. This led to her becoming Head of the Isolation Products Business of Vickers which in turn led her to Moscow in 1980, and her interest in doing business in Communist Countries was born. During this period she also travelled extensively – to Japan, Australia, South Africa, USA and throughout Europe, doing business and participating in Medical Conferences.

She set up her own company in 1987, which grew rapidly, took in many different industries – a lamp manufacturing equipment business based in UK, a pharmaceutical distribution business based in Bulgaria, an international project holding business based in UK, and a trading business based in UK, Moscow and Sofia, and others. Thus she saw the collapse of communism first hand, and the after-effects, especially in Bulgaria. Her holding company was wound up in 1997 following an expensive legal dispute with the new owner of the lamp equipment company which was sold in 1995, and Barbara took up consultancy in various roles – including interim management for two network marketing companies, various international marketing assignments in Bulgaria and US, and more recently working with Bulgarian and EU Organisations on the proper utilisation of EU Funds.

Hers is thus a life of many lives rolled into one; Scientific Researcher, Business Owner, Consultant; Working Class Kid, Social Butterfly, Respected Public Speaker; Happy Family Person, Breadwinner, Divorcee after 21 years’ marriage to Jim, Divorcee again after 12 years’ marriage to Antony in 1993; Always in a man’s world, yet ultimately a woman’s woman; English by birth, yet lives in Bulgaria and loves the Nevada Desert; Alternately financially insecure, secure, insecure etc., or as she says “sometimes broke, always rich”; and above all a person who is happy and makes happiness, accepting with a natural gratitude and a certain humility what life brings along, and making the best of it; a Libran through and through, for whom balance in all things is paramount.

This website uses cookies to improve your experience while you navigate through the website. Out of these, the cookies that are categorized as necessary are stored on your browser as they are essential for the working of basic functionalities of the website. We also use third-party cookies that help us analyze and understand how you use this website. These cookies will be stored in your browser only with your consent. You also have the option to opt-out of these cookies. But opting out of some of these cookies may affect your browsing experience.
Necessary Always Enabled
Necessary cookies are absolutely essential for the website to function properly. These cookies ensure basic functionalities and security features of the website, anonymously.
Functional
Functional cookies help to perform certain functionalities like sharing the content of the website on social media platforms, collect feedbacks, and other third-party features.
Performance
Performance cookies are used to understand and analyze the key performance indexes of the website which helps in delivering a better user experience for the visitors.
Analytics
Analytical cookies are used to understand how visitors interact with the website. These cookies help provide information on metrics the number of visitors, bounce rate, traffic source, etc.
Advertisement
Advertisement cookies are used to provide visitors with relevant ads and marketing campaigns. These cookies track visitors across websites and collect information to provide customized ads.
Others
Other uncategorized cookies are those that are being analyzed and have not been classified into a category as yet.
SAVE & ACCEPT