“A truly happy person is one who can enjoy the scenery when on a detour” – Anonymous. 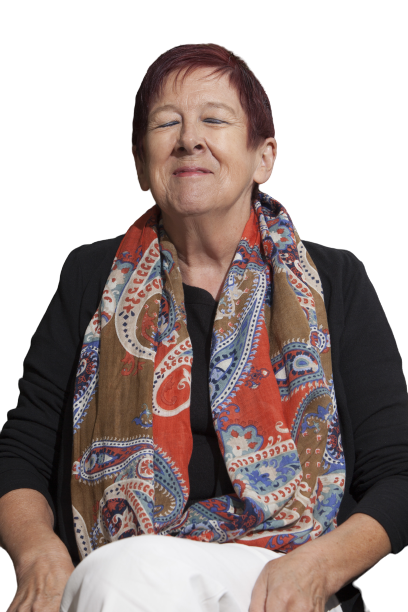 Whilst a researcher in cell biology Barbara published numerous articles in the scientific press, many of which are still referred to.

However, having been at Yale University as a Post Doctoral fellow at the beginning of the 70s she had developed an interest in women’s issues, which she had to admit did not directly impinge on her way forward, but seemed increasingly to be issues to ‘women’s liberationists’. In 1983, following various publications by Professor Cary Cooper and Marilyn Johnson, including one in the journal ‘Long Range Planning’ she was asked by the journal to make a response, and her strong opinion that “if women wanted to succeed they had to commit” was articulated.

She has since been a supporter of women and their advancing their careers, mainly on a personal basis, and has also sought to support young Bulgarian musicians, who due to lack of a ‘sponsorship culture’ in that country have an even tougher time that most, and she writes regularly on the needs of women in all walks of life.

She has also contributed many articles in support of Tourism in Bulgaria, both in magazines and websites, promotional brochures and other media, prepared a mobile photo applications (The Best of BG) and ran a project to promote Corporate Social Responsibility in Tourism in Bulgaria, which resulted in a weighty publication about good practice as well as problems in selected tourism sectors throughout the EU.

Self-realisation, purpose, goals and achievement are constantly in Barbara’s focus, and she has done much to encourage both young people in Bulgaria and Baby-Boomers world-wide to seek and achieve whatever they define at the moment as their goals.

This website uses cookies to improve your experience while you navigate through the website. Out of these, the cookies that are categorized as necessary are stored on your browser as they are essential for the working of basic functionalities of the website. We also use third-party cookies that help us analyze and understand how you use this website. These cookies will be stored in your browser only with your consent. You also have the option to opt-out of these cookies. But opting out of some of these cookies may affect your browsing experience.
Necessary Always Enabled
Necessary cookies are absolutely essential for the website to function properly. These cookies ensure basic functionalities and security features of the website, anonymously.
Functional
Functional cookies help to perform certain functionalities like sharing the content of the website on social media platforms, collect feedbacks, and other third-party features.
Performance
Performance cookies are used to understand and analyze the key performance indexes of the website which helps in delivering a better user experience for the visitors.
Analytics
Analytical cookies are used to understand how visitors interact with the website. These cookies help provide information on metrics the number of visitors, bounce rate, traffic source, etc.
Advertisement
Advertisement cookies are used to provide visitors with relevant ads and marketing campaigns. These cookies track visitors across websites and collect information to provide customized ads.
Others
Other uncategorized cookies are those that are being analyzed and have not been classified into a category as yet.
SAVE & ACCEPT